Each year, we acknowledge the contributions of those who have gone above and beyond to support our vision of healthy lungs and clean air for all. Read more about the recipients of our 2020 Making a Difference awards.

Respiratory Health Association is proud to acknowledge years of work and leadership of board member, David Yelin, with the Herbert C. DeYoung Medal this year.

Since 2002, David has helped build Respiratory Health Association (RHA) into the strong local lung health organization we are today, but he acknowledges and credits the work of his collaborators and mentors first.

“I stood on the shoulders of many great people who came before me,” David quickly admits as we talk about his accomplishments on the board.

Over the past 18 years, David has helped diversify RHA’s board membership to include members from different areas of business – a move that helped develop new partnerships and support for the organization.  After his 2-year tenure as Board Chair, he led the board’s Governance Task Force ensuring RHA has strong oversight and a vision for growth. Earlier in his tenure on the Board, he helped orchestrate the Association’s establishment as an independent nonprofit, building support from the Board of Directors and ensuring RHA has the flexibility to develop programs and policy efforts that best meet the needs its communities and serve our neighbors who are disproportionately affected by lung disease.

When David was the Board Chair, he led the Association through the beginning stages of a Capital Campaign to improve our home at 1440 W Washington Blvd.  David helped launch the Capital Campaign in 2017 to address the growing building rehabilitation needs and to modernize the space. “We need a working environment for our staff that matches our mission,” says Yelin.

For David, receiving the DeYoung Medal this year has symbolic significance. David is the same age as his father was when he passed away, after smoking most of his life and then fighting lung cancer.

Both of David’s parents were smokers when he was young. Despite David and his three sister’s attempts at hiding cigarettes or pleading with their parents, they never quit smoking until later in life.  David is a big supporter of RHA’s tobacco policy programs, because he wants to stop cigarettes from getting into the hands of teens. David has advocated with RHA for Smoke-Free Illinois in the early 2000s and most recently Tobacco 21, raising the legal tobacco purchasing age from 18 to 21.

David Yelin isn’t slowing down either. “Few people have the opportunity to be involved with an organization that has such an impact on people’s lives,” David says. “It’s a real privilege.”

On behalf of everyone at RHA, thank you David. Thank you for all you have done to make Respiratory Health Association one of the leading lung health organizations in the country. 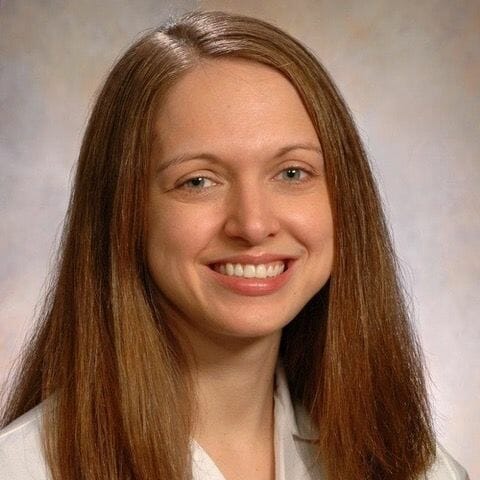 When Anna Volerman, MD, first arrived in Chicago seven years ago, her conversations with community members made one thing clear – Chicago kids were feeling some of the worst effects from asthma, and they needed help.

“Everyone I talked to said asthma was a significant issue affecting children, from their overall health to their ability to engage in school and play like kids,” Anna says. “This community-identified need has been a driver for me ever since.”

As a primary care physician and Assistant Professor of Medicine and Pediatrics at University of Chicago, Anna works tirelessly for public health every day. Beyond the clinical care she provides, she also focuses her work reducing health disparities and improving systems of care. It’s this work that initially drew her to Respiratory Health Association.

“When I was first introduced to RHA’s work, it was clear the organization shared my vision of health equity – in particular for those living with lung disease like asthma,” she commented. “I felt my support could help elevate the programs they offer and help children in the Chicago area.”

Anna has done just that. She has advocated for school-based asthma policies, helped develop our guidance for school districts to stock emergency asthma medication for children, and provided her expertise to develop a statewide asthma policy survey of school nurses and administrators. Most recently, she led a team in conducting a comprehensive evaluation of our Fight Asthma Now© and Asthma Management programs, which both help kids manage asthma.

Thanks to her contributions, we are able better understand how asthma impacts our communities and help those who need it most. 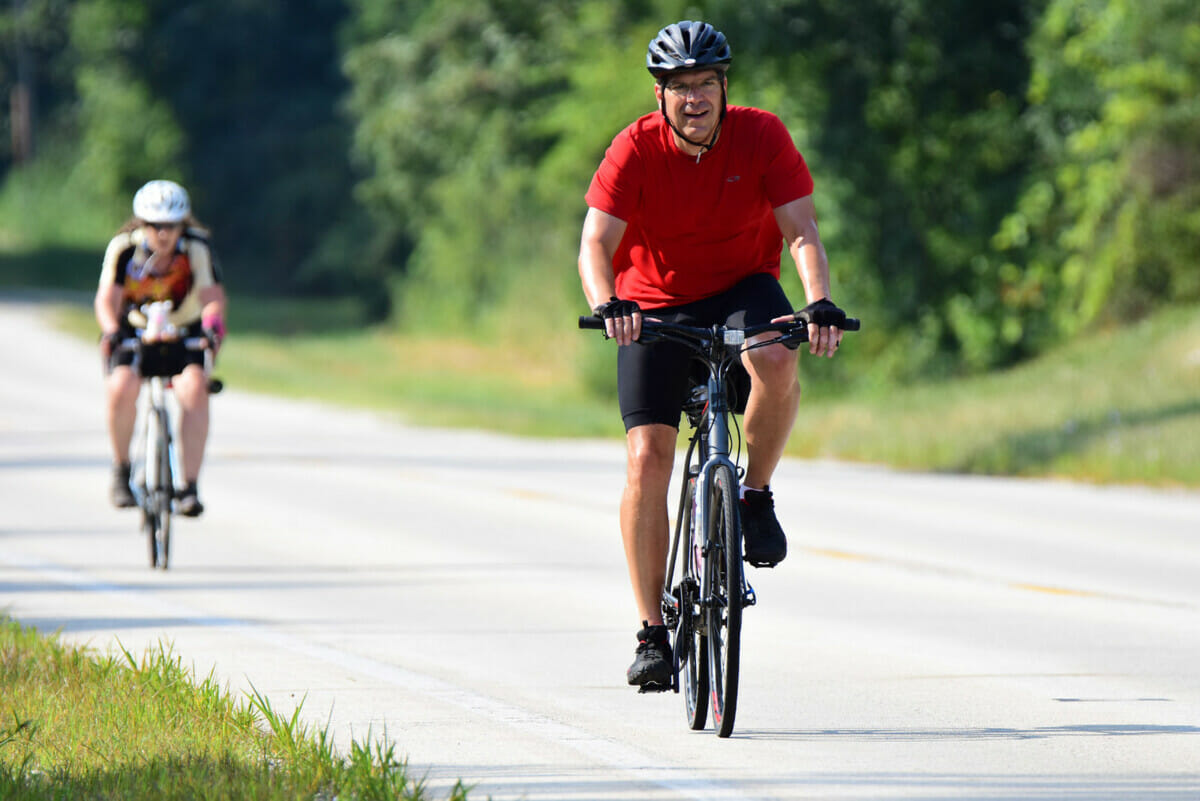 Since 1998, John Fortmann has taken to the trails of northern Illinois and southern Wisconsin for Respiratory Health Association’s CowaLUNGa Charity Bike Tour. Now 19 rides later, we look forward to welcoming John for his 20th anniversary ride in 2021.

“I live with asthma and was drawn to the event immediately, knowing it was a great way to support RHA’s programs for kids with asthma,” John noted. “I spent a lot of time in and out of the hospital as a kid and wanted to do something that would help. Not to mention, I love to get out on my bike, and it seemed like a lot of fun.”

In January of 1999, shortly after his first CowaLUNGa ride, John spent three days in the hospital due to an asthma episode. Fortunately, he worked with his doctor to get on a new medicine and has been able to manage his asthma with few issues ever since.

“It was a reminder of why lung health is so important to me,” John said. “It pushed me to keep riding each year – to help those living with lung disease like myself, and for those like my dad who had struggled breathing later in his life.”

John, who is also consistently among the top event fundraisers as a Lung Health Champion, carries on the spirit and energy of CowaLUNGa year-to-year – and helps us continue to make a difference for those living with lung disease. 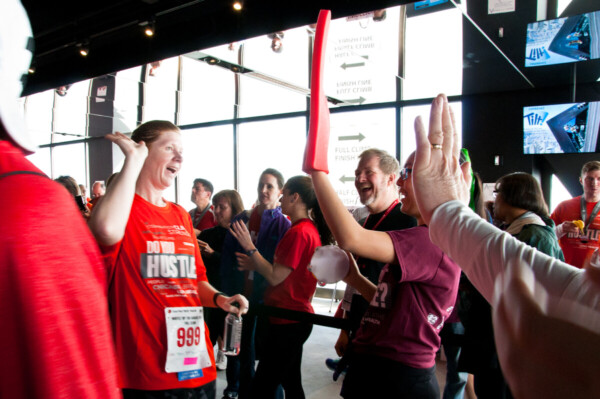 Jennifer Dixon-Johnson walks through the doors of Loyola Medicine knowing the day ahead is another opportunity to have an impact. As a nurse coordinator caring for people newly diagnosed with lung disease, she works closely with patients and families to help manage their health.

Jennifer became a registered nurse in 2002 and was quickly drawn to working with patients living with lung disease – which led to a role coordinating lung transplants for people in need.

“Getting to know each patient left a huge impression on my heart,” Jennifer says. “I saw firsthand the struggles they faced because of lung disease. I also got to deliver a gift of hope telling someone that we found a match – and with it a second chance at life.”

It was through her work she met Steve Ferkau, a lung transplant recipient and long-time Respiratory Health Association supporter. Steve recruited Jennifer to climb our annual Hustle Chicago® Stair Climb in 2008 as part of his team, Kari’s Climbers. Since then, Jennifer has led a team from Loyola University Health System – the Loyola Lung Angels – to raise awareness around lung disease.

“I have climbed in honor of those who didn’t get their gift and pushed myself to climb as fast and as hard as I can in order to lose my breath and feel what they felt,” she comments. “I climb for those like my father and grandfather who struggled from the effects of smoking. I climb for those like my niece and godchild Izabella, who lives with asthma.”

Thanks to the support of loyal climbers like Jennifer, we can continue important work that brings hope to millions living with lung disease.

“You don’t really pay attention to your breathing until something is wrong,” she says. “Helping people transform from that struggle, and even seeing some of those same people climbing to the top of a skyscraper, is so inspiring.” 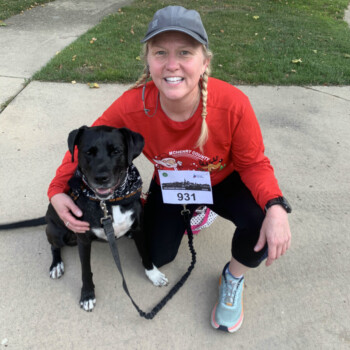 “Go For It!” was the rallying cry Kim Marie Macygin heard from her mother as she took on every new challenge, great or small. Kim Marie’s mother, Judi, suffered with lung disease for decades and eventually needed a lung transplant to survive. In 1998, Judi received that lifesaving transplant that gave her another six amazing years of supporting her daughter. Judi also become a strong advocate for organ donation and lung health research. Kim Marie carries on her mom’s legacy by supporting Respiratory Health Association (RHA) through the organization’s running team — Lung Power Team.

2020 would have been Kim Marie’s third Chicago Marathon as part of the Lung Power Team until the Marathon was cancelled due to the COVID-19 pandemic. But that didn’t stop Kim Marie –she created her own virtual marathon this year and completed her training with the cutest running partner, Maggie Mae.

Not only does Kim Marie run for RHA on Lung Power Team, but she is also a familiar face at all of RHA’s events as a participant and volunteer. She has climbed 16 times with Hustle Chicago® stair climb and volunteered multiple years with the CowaLUNGa Charity Bike Tour and CHILL International Food & Wine event. Kim Marie is never too busy to help RHA fight for a future free of lung disease, carrying on her mother’s legacy. 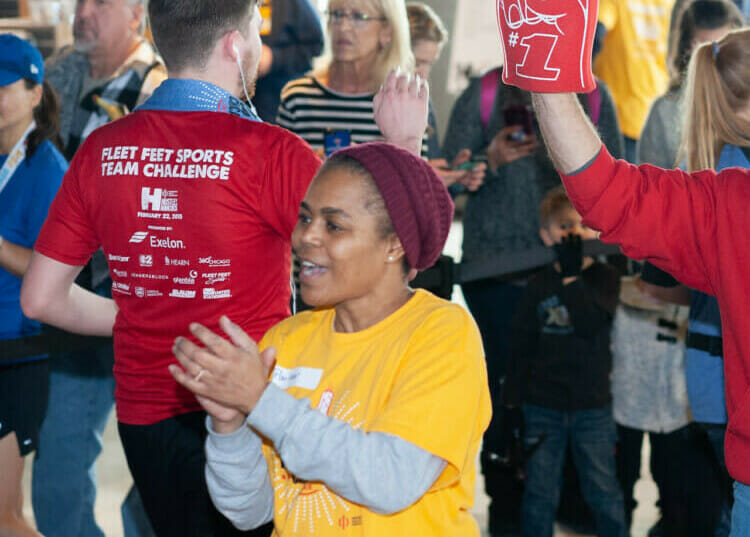 When you make it to the top at Hustle Chicago® stair climb after 94 flights of stairs, you are greeted by cheers and congratulations from over a dozen young volunteers. These young supporters have shown up year after year to help at Respiratory Health Association’s largest fundraiser thanks to the leadership and guidance of Le’Vetta Parker.

Le’Vetta has volunteered for Hustle Chicago® stair climb since 2012, and each year she brings a group of teenagers from the Civil Air Patrol – an auxiliary arm of the Air Force. The Civil Air Patrol introduces teens to the Air Force and strives to instill community engagement through volunteer opportunities. Le’Vetta’s leadership keeps the teens coming back, with some continuing to volunteer after they finish the Civil Air Patrol program. Le’Vetta loves to motivate young people and teach them the importance of giving back in their community.  Volunteering with Hustle Chicago® stair climb gives her the opportunity to do so while helping raise money for lung disease – a mission close to her heart.

Years ago, one of Le’Vetta’s students, a high school sophomore, died after experiencing a severe asthma episode. By supporting RHA, Le’Vetta helps us promote asthma education and improve the quality of life for children living with asthma. Le’Vetta has been a dedicated volunteer for eight years and is already looking forward to the next opportunity to support healthy lungs and clean air for all. 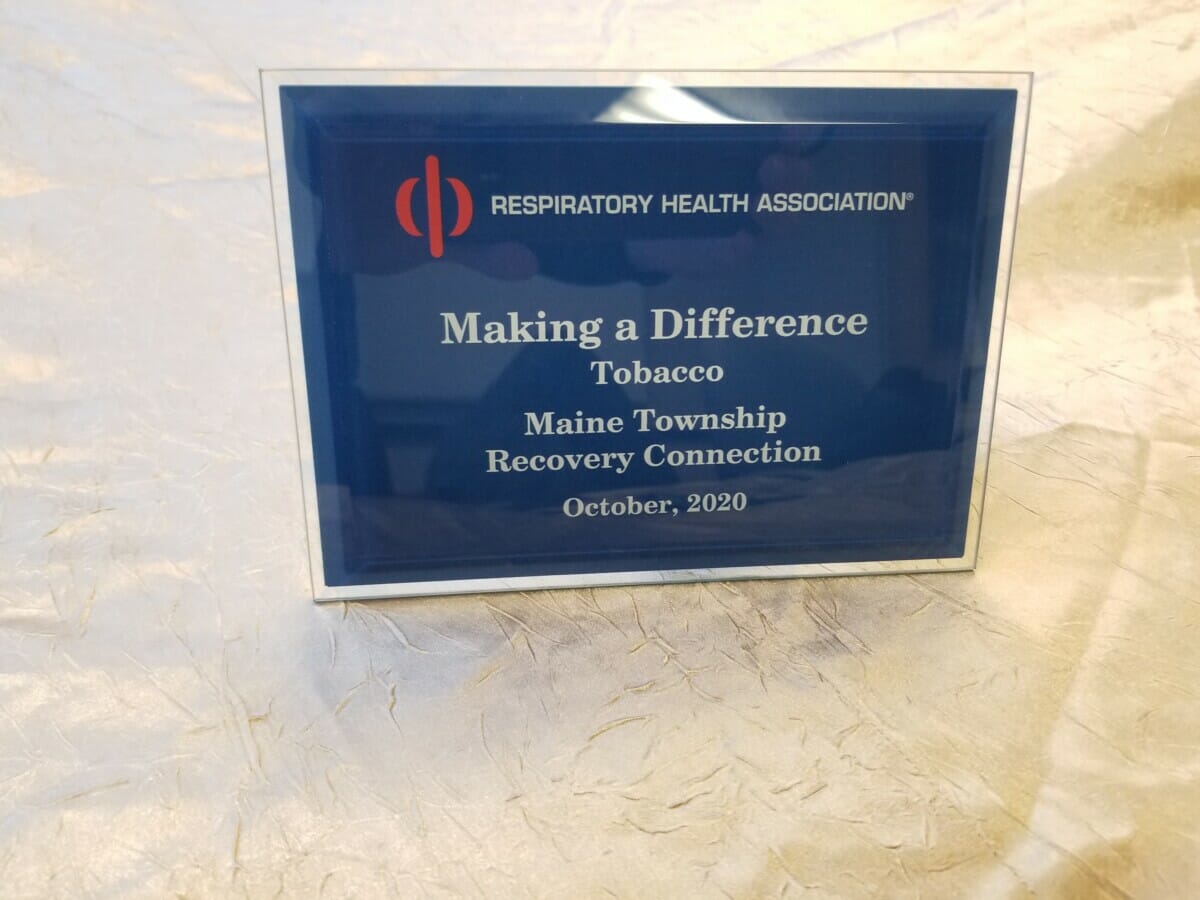 Recovery Connection supports long-term sobriety and healthy lifestyle activities using a strong network of peers. CTQ was a natural fit with the programs they already offered, and we worked together to adapt it to their own community’s needs. Since 2018, we have partnered with the Recovery Connection to offer three CTQ programs for their participants who also want to quit smoking. “Our participants are already comfortable supporting each other in staying sober from drugs and alcohol, but quitting smoking was often a frustrating hurdle they tried to do alone,” says Marty Cook, Director of Maine Township Recovery Connection. “Thanks to the structure, guidance, and staff from the CTQ program, participants were able to tap into many of the same tools they used to successfully overcome their other additions and successfully quit smoking.”

We appreciate this opportunity to build new relationships and provide the support needed to help people live tobacco free.