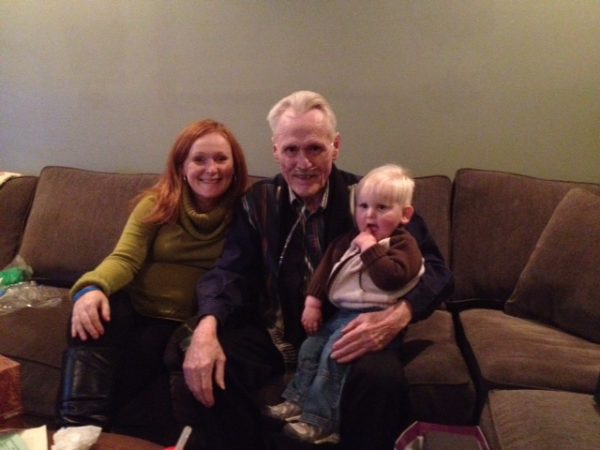 This year’s Chicago Marathon isn’t Stacey Woodward’s first, but it may be her most emotional. This marathon is dedicated to her father, Denny Wright, who passed away from chronic obstructive pulmonary disease (COPD) in December.

Stacey is the assistant news director at WBAL TV in Maryland, and a member of Respiratory Health Association’s Lung Power Team for the Chicago Marathon. She’s running for advancements in COPD research as a way to memorialize her father, who spent much of his time learning more about the disease and researching COPD treatments.

“Besides being stubborn, we’re not alike at all,” Stacey laughs of her father.

After serving in the US Army during the Vietnam War, Denny took up flying as an amateur pilot.

“He was diagnosed with PTSD after the Vietnam War, and I think flying was a bit therapeutic for him,” Stacey reflects.

As Denny flew over the Eastern Shore of Maryland, Stacey was across the country in Sacramento. There, in a city where she knew no one, she found a community of runners. In her early 20s she joined a team and began training.

When he was later diagnosed with COPD, Denny had to make several lifestyle changes. Once he was on oxygen he could no longer fly. “That really upset him,” Stacey says.

But Denny continued to seek adventure, including traveling and spending time with friends where he was “always the life of the party.” As travel became increasingly difficult, Denny’s determination and curiosity only grew. He decided to become as informed as he could about his condition, which included reading the latest research on COPD and working with his health care providers to explore additional treatment options. 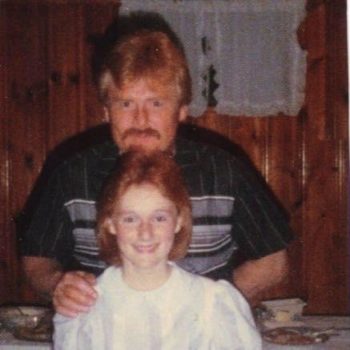 Denny with a young Stacey

The Department of Veterans Affairs later confirmed that chemical exposure during his time in the army had contributed to Denny’s illness, along with several other risk factors. While tobacco use is the most common cause of COPD, environmental factors and genetics also play a role.

Unfortunately, COPD research remains vastly underfunded and the role of environmental factors, including chemical exposure, in the development of COPD isn’t fully understood.

Despite Denny’s effort and attempts to receive a lung transplant, he passed away on December 1, 2017 at 70 years old.

Denny donated his body to science to contribute to the advancement in COPD research. Stacey joins him by running for the Lung Power Team and fundraising for current and future research.

When she struggles during a run, Stacey thinks of her dad—and she surrounds herself with support, including many of his friends from the VFW. There’s a certain amount of stubbornness—perhaps better called persistence—required to run a marathon, and she has her dad to thank for that.

Stacey says of the calm that she experiences after a run, “It’s rejuvenating. Running is a journey. Often I do not look forward to it, but I love the feeling after I’m done.”

To support Stacey and her father’s dedication to COPD research, donate to her fundraising.