Kevin Is Climbing Against Cancer

Kevin Byrne was at work when his phone rang. As he looked down, he saw his parents’ number flash on the screen. He quickly shut the door to his office before answering. The tone in their voices immediately confirmed his worst fears: his mother’s biopsy showed that she had lung cancer.

“My family tends to live really long, healthy lives and we got comfortable with that fact. My mom has always taken very good care of herself and we didn’t expect anything like this early in her life,” says Kevin. “You can do everything right, but things like cancer can affect anyone.”

This jarring reality of a lung cancer diagnosis meant that Kevin’s mother Dianne, still only in her early 70s and until just recently the primary caretaker for her own mother, would now need help with her care. 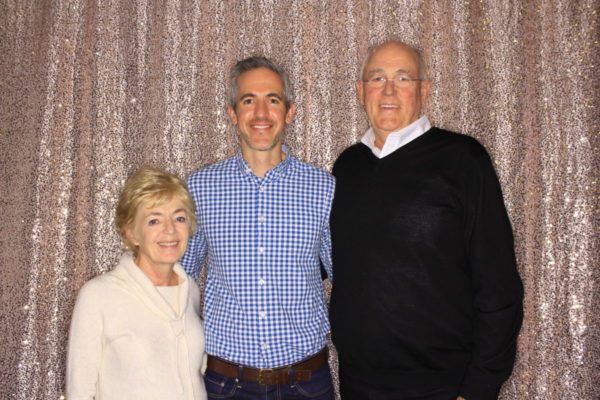 But with his family in Virginia and his life centered in Chicago, Kevin felt devastatingly distant. “What can I do from a distance? What’s the right thing to do?” he asks. “I wanted nothing more than to be there with them. Not being able to give her a hug – it was really tough, you know?”

Dianne’s treatment included radiation, but she also found that she was eligible for targeted therapy, a newer treatment option that was developed after research led to better understanding of how cancer grows. Targeted therapy uses medication to address specific changes or mutations present in a tumor and helps avoid damage to healthy cells.

“If I were to imagine a scenario where my mom had cancer, my mind would have gone to breast cancer. Breast cancer related organizations have done a good job with visibility,” Kevin acknowledges.

But Dianne’s diagnosis is common. Lung cancer kills more women each year than all other cancers— including more than breast, ovarian and uterine cancers combined. Still, federal funding for lung cancer lags behind other cancers, leading to less understanding and fewer treatment options. Advances like targeted therapy are only possible through research, and future discoveries could save lives.

Due to the success of her treatment and pain management regimen, Dianne and Kevin were able to recently go on a cruise together. Doctors have called Dianne’s improvement with targeted therapy very effective – not only have her tumors not grown, but some have reduced in size. Now, Kevin and his mom, along with the rest of the family, have plans to go to Universal Studios.

But before his next vacation, Kevin will participate in Respiratory Health Association’s stair climb event, Hustle Chicago, on February 24th. In doing so, he’ll help raise money for lung cancer research. 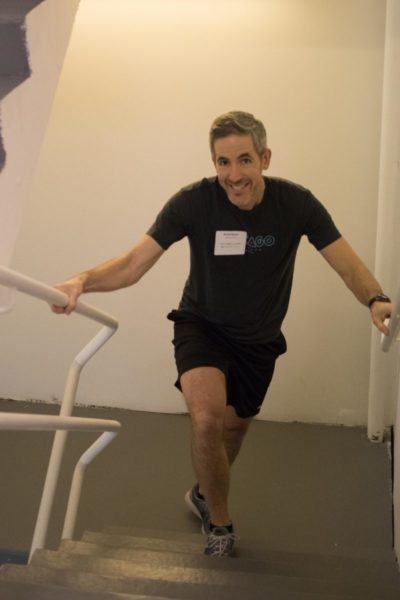 To other climbers, he suggests breaking the race down into achievable goals. Subdividing 94 flights into 9 sets of 10 and 1 set of 4 makes the prospect of hustling up 875 N. Michigan Ave – one of the tallest buildings in the Western Hemisphere and an icon of the Chicago skyline – much less overwhelming. 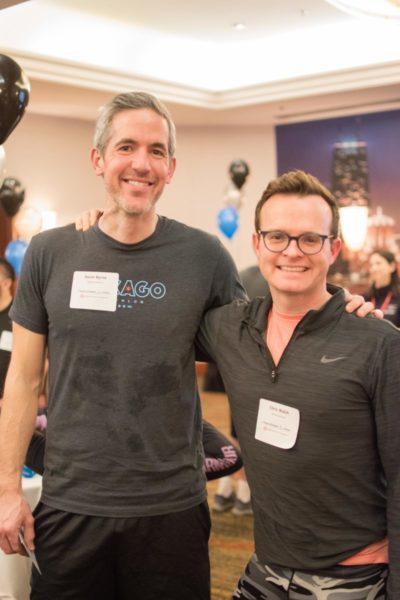 Though Kevin’s goal of climbing to the top of a skyscraper is impressive, he emphasizes the extraordinary willpower of his mom.

“When my mom first got diagnosed, she basically thought her life was over. Once she got into treatment, we found that that was not necessarily the case. We’re just figuring out what lung cancer means for her. But it’s not what she had thought it was, in terms of the sentence.”

To learn more about women and lung cancer, visit womenslunghealth.org. To help Kevin and his mom fundraise for lung cancer research, click here.