Her Father’s Fight Propels Lindsay to the Finish Line

With a heavy beat booming through her headphones, Lindsay Condon sets off on another run. After a year on the sidelines with an injured ankle, she welcomes the return to activity. And now, each run is a step forward in her training for the 2020 Chicago Marathon. 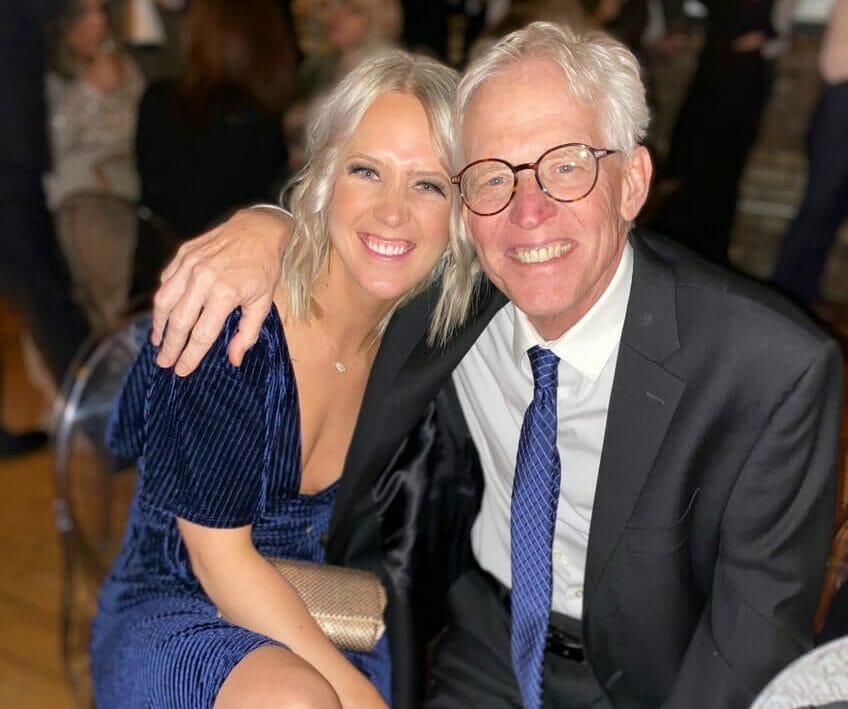 Lindsay with her dad, Mike.

The marathon looms large in Condon family lore – Lindsay’s father Mike ran in 1996. This year, Lindsay will run as a tribute to him – two years after he was diagnosed with lung cancer.

When she told her father, his reaction was a humble one.

“Lindsay, that was really nice of you,” he said, “but you don’t have to do that.”

“I know it means something to him,” she reflects.

As an occupational therapist from a family of healthcare professionals, running for lung health was already a perfect match for Lindsay. But the Condon’s lives have been profoundly impacted by lung cancer.

Mike was diagnosed with stage 3 lung cancer in the spring of 2018. He began chemotherapy and radiation therapy for five months followed by nine months of Infinzi, a stage 3 immune therapy. The side effects of the chemotherapy drugs were horrific. Mike lost 35 pounds and had an allergic reaction to one of the drugs. He had difficulty lifting his feet and had swollen hands. Usually a huge jokester and life of the party, Mike’s boisterous voice was reduced to a strained whisper.

“At his lowest point, he couldn’t walk from the bed to the bathroom,” Lindsay recalls.

Mike, a lifelong chiropractor, was forced to retire after 30 years running his own practice. Lindsay describes her father as someone who cares deeply for his health and the health of his clients. Now lung cancer was forcing him to leave his dream.

For all his difficulty, after a year of treatments it seemed as though he had turned a corner – the drugs worked, and Mike had entered remission. But at the end of 2019, he got pneumonia. A scan in January showed his tumor re-appeared bigger than before and had spread to his lymph nodes. He began three months of weekly chemotherapy. For the next two years, he will continue to take Keytruda, a stage 4 immune therapy which he receives once every three weeks. 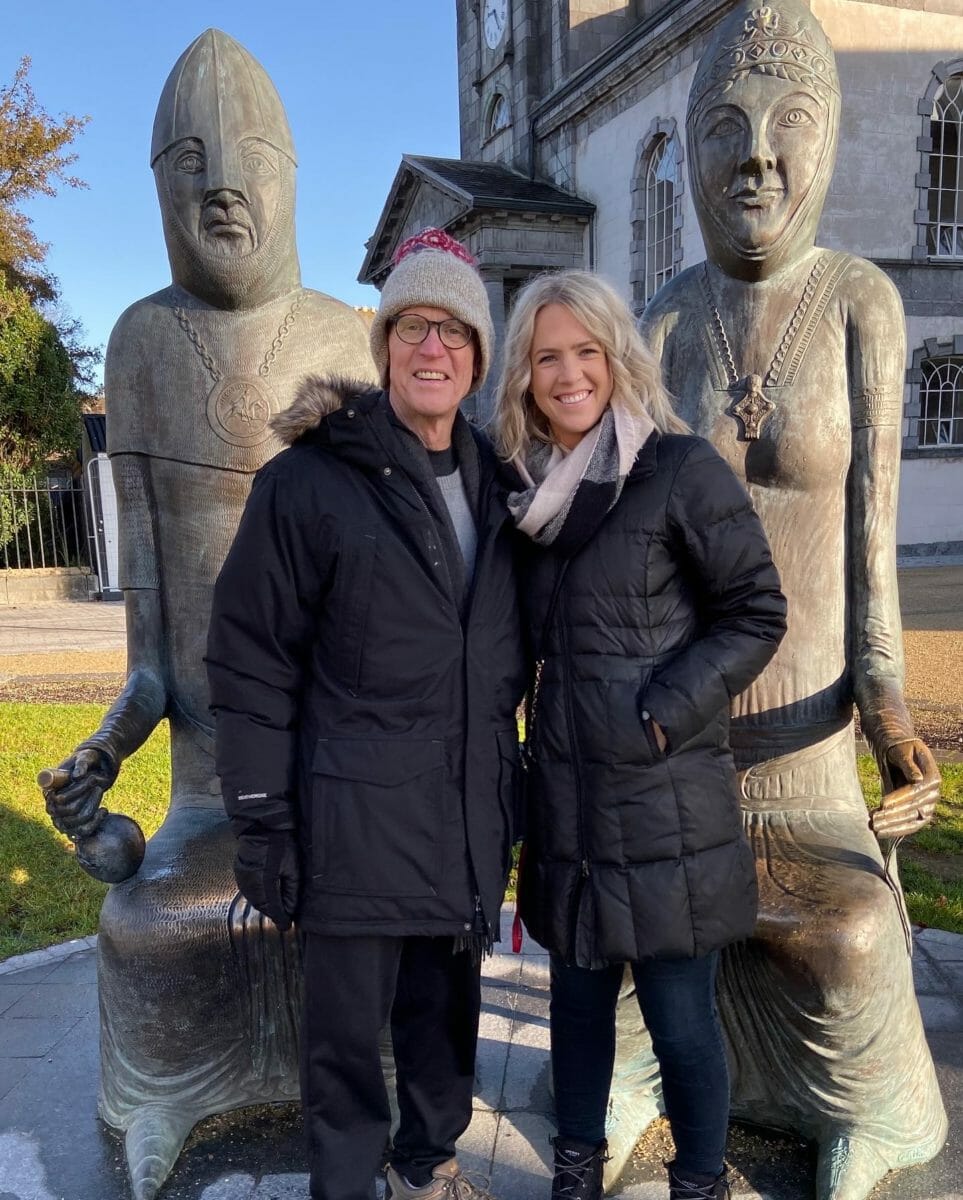 Lindsay and her dad.

“It’s a roller coaster,” Lindsay says. “One day his tumor has shrunk, and a couple months later it’s bigger.”

Lindsay is fueled by what her dad has accomplished throughout his life and her vision for what his life could be in the future with more funding for lung cancer research. She’s seen firsthand the challenges cancer has brought to her father and her family – but they still cherish each day.

“We’re sticking together through all this. I’ve never had to go through any of this alone.”

The COVID-19 pandemic makes things more challenging. Lindsay has to avoid contact with her father, but despite the difficulty of separation, she’s still afforded a few glimpses of her parents.

“They’ll drive by my house just to wave,” she says. “We’re just thankful for the time we have now.”

Now more than ever, she knows not to take her youth and health for granted. And when she gets tired, her strength of will runs in step with his indomitable spirit.

Her advice to other runners? “It’s all mental. Your body can take you there. It doesn’t matter if you walk. As long as you finish.” 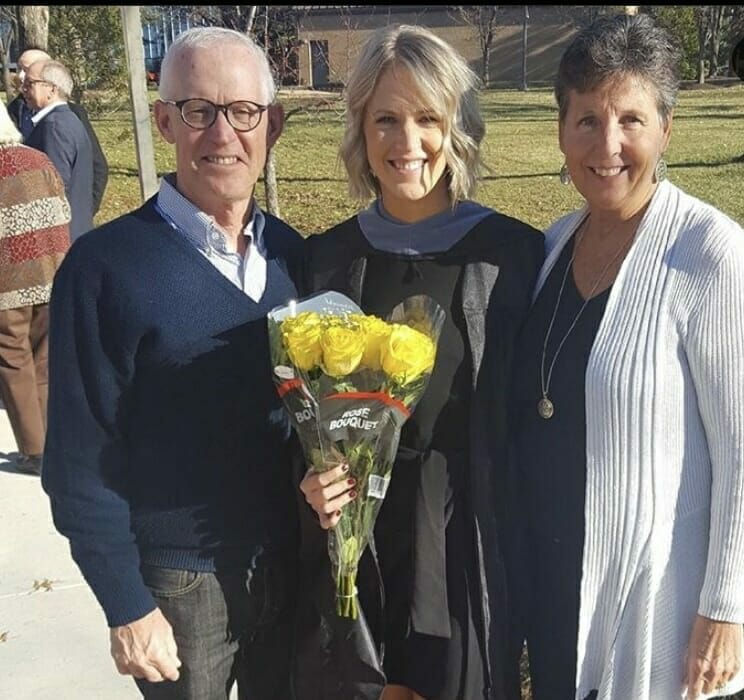 Lindsay with her parents.