Maureen Remembers Her Mother with Each Step

Joan Flynn challenged herself to take the stairs whenever possible, and her daughter Maureen followed. As Maureen would pause and struggle to catch her breath, the chances of gaining ground on her mother faded. Joan was already waiting at the top stair, joking with Maureen as she had many times before.

“The stairs never get any easier, do they, Maureen?”

Maureen and her mother were best friends. They lived within walking distance of each other and even worked together at Loyola University Medical Center. They spent a lot of time together, enjoying shared loves of exercise, cooking and music – especially Bruce Springsteen.

“My brother Dan, mom and I were big Springsteen fans,” Maureen says. “The three of us would always see him in Chicago when he toured.”

Maureen always drew inspiration from her mother who, as she describes came from very humble beginnings. Joan’s parents emigrated to the U.S. from Ireland, and she lived in a house with no running water in the bathroom and few possessions. This modest upbringing kept her grounded and thankful for the important things in life as she grew up, began a career in nursing and eventually started a family. She cherished her husband, five children, nine grandchildren and her health.

“Some of the fondest memories that I have of my mom was her helping me with my babies,” Maureen recalls. The bond they shared is clear as Maureen describes how her mother would drop everything to help out when she needed it. 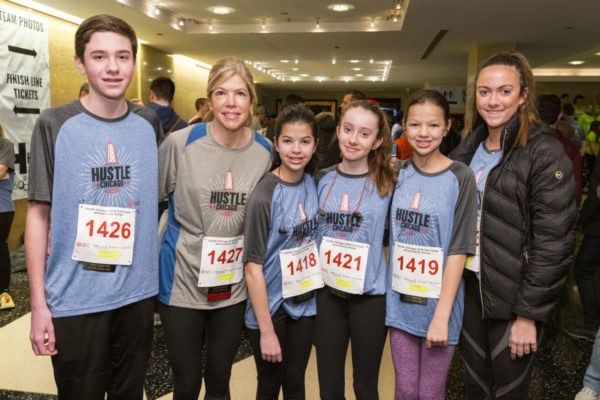 It was early in 2017 when the family noticed her slowing down a bit. Maureen and Dan were planning the next Springsteen concert, but Joan felt she wouldn’t be able to keep up and turned down the invitation.

In July of that year, Joan was diagnosed with lung cancer. Her immediate reaction was not a question about how someone as healthy as her could have lung cancer, but about her five kids. “What am I going to tell them?” Maureen recalls her asking her physician. Joan never worried about herself.

Joan started treatment immediately at Loyola and fought valiantly, but the cancer continued to progress rapidly. When she was hospitalized in October of 2017, doctors knew there was nothing more they could do.

Maureen remembers the most difficult moment was telling her mother she had to stop radiation treatment. “You fought so hard and did everything you could,” she assured her mom.

Maureen shared the news and her brothers and sisters began gathering at the hospital. With 14 family members in the room, Joan looked around, laughed and said, “What the heck, it’s like Saturday Night Live in here!” With everyone now laughing, they played music and talked about their favorite memories.

Joan lost her life to lung cancer the next night. The funeral included her favorite people, her favorite music and bagpipes. Maureen gave the eulogy, and of course Springsteen played.

Joan’s children remember her love every day, and the injustice of her passing still marks Maureen. 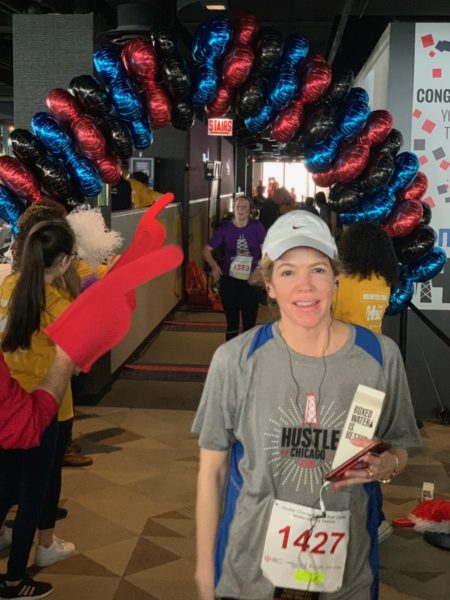 “Lung cancer is the number one cancer killer and the least funded. I’m still angry that this horrible disease took my mom. She did everything right.”

The two had talked about how hard her death would be for Maureen – something Joan understood well after having a close relationship with her own mother. Maureen leaned on Joan’s advice.

The loss still ran deeper than Maureen could have imagined. After learning about the Hustle Chicago® stair climb, she signed-up and began training. It helped her get through the first holiday season without her mom.

“The first year, Hustle Chicago saved me. I put all my energy into that. I over-trained. But I would have crawled up the stairs if I had to.”

When she arrived the morning of her first climb, everyone seemed to know Maureen’s story. Even before she exchanged words with the other climbers, she saw the compassion in their eyes. She walked up to the message boards, picked up a pen and knew immediately who she would write to – her mom.

Maureen felt empowered and fueled by her desire to help fund lung cancer research. “She was with me,” she describes. When she climbs, Maureen listens to the playlist they played at her mother’s funeral.

Maureen will climb for a third time in February, knowing her mom lovingly challenges her to take the stairs one more time.

Maureen honors the memory of her mom by committing to be a lung health champion and pledging to raise over $1,000 for Respiratory Health Association. To support Maureen’s fundraising for lung cancer research and RHA’s other work, click here. 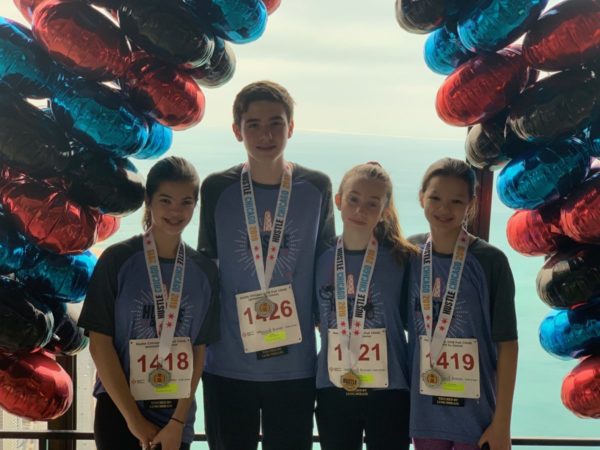 The “Joan’s Little Climbers” team after finishing the 2019 climb.