Nestor’s Giving Cancer a Run for Its Money

Before January 2018, Nestor Rivera had never even run a 5k. Now, less than two years later, he plans to run the Chicago Marathon with Respiratory Health Association’s Lung Power Team.

“You’d be amazed at what you can train your body to do,” Nestor says. “If you’re just consistent – not perfect – consistent.” 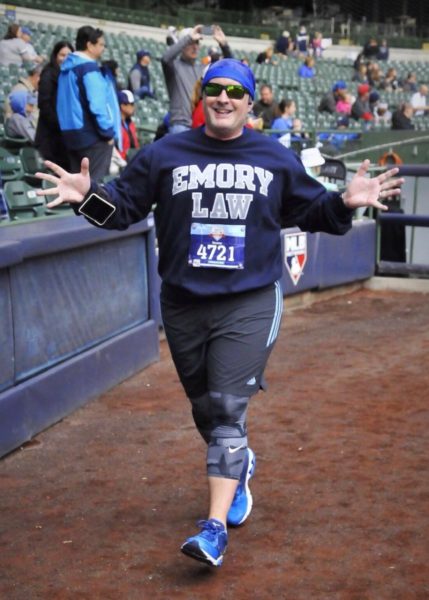 Nestor Rivera is going from couch to marathon in 2 years!

But when his sister was diagnosed with thyroid cancer at age 21, they feared the possibility that their secondhand smoke had been a contributing factor in the development of her illness. They quit smoking right then. Then in 2013, Nestor’s mother Milagros went in for a lung biopsy to explore an unusual spot  found during tests. After the biopsy, Nestor got a call that he describes as “absolutely earth-shattering.”

“You think you’re going to get a phone call that says everything has gone routinely. Next thing you know, I got word that one third of her lung is gone.”

Nestor’s mother was diagnosed with stage one lung cancer and had a third of her right lung resected on the very same day. Immediately after the surgery Milagros’ breathing was different, but over time she settled into a new normal. Nestor says she’s now feeling great, and as of a few weeks ago, Milagros has been in remission for almost six years. “It’s amazing what your body can tolerate,” Nestor says. 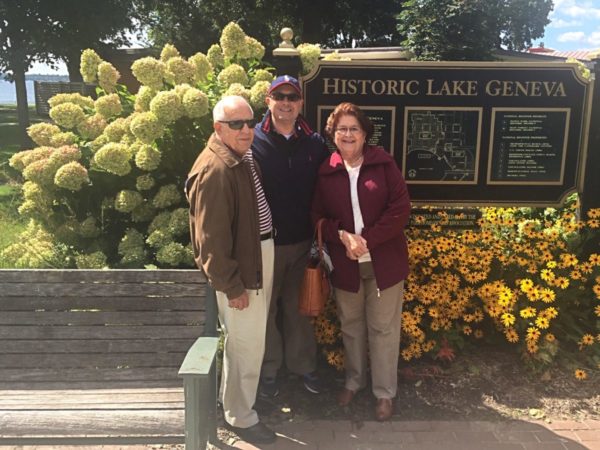 Nestor Rivera is running the Chicago marathon in honor of his mother, a lung cancer survivor.

His mother’s diagnosis made a huge impact on Nestor and was part of what spurred him to take up running. He’d never been a smoker, but he began to consider – what are other actions could he take to improve his overall health? Since his first race, the Chicago Cubs Race to Wrigley, Nestor has completed eleven more 5k races, two 10ks and a half marathon. He has three more half marathons on the docket for 2019 before running with the Lung Power Team in the fall.

“If there’s a challenge, I’m gonna take it,” Nestor says. “All you really need are a good pair of shoes. It’s not about getting the best time. It’s about achieving things that you didn’t think were possible.”

Nestor’s fundraising has now hit $3,016.20, putting him in first place towards the Lung Power Team’s $42,000 goal. His advice to fellow fundraisers?

In addition to his mother’s story, he also shares that his father-in-law has had chronic asthma his entire life. Nestor runs for him, too.

“When I’ve reached out to people individually, I’ve gotten more results,” he says. One challenge Nestor says he faces is that donors don’t feel they can contribute enough. “Some [people] think it’s better not to donate than to donate less than $100, but that’s not true. Every bit counts.” He notes how important it is to make every person feel like their donation makes a difference, no matter the amount.

His final note for fundraising matches his advice for training: