The Night that Fuels Nicole’s Fight Against Asthma

Nicole Brown was at home when her one-year-old baby Nicholas began to cry. As hours passed and nothing soothed him, Nicole knew that it was time to call the doctor.

A team of two doctors and a nurse quickly realized that Nicholas was struggling to breathe. They began breathing treatments, checked his pulse, and recommended transferring him to a nearby hospital.

After a final breathing treatment, Nicole left for the hospital. “We just made it,” she describes. There, the doctors and nurses uncovered what Nicholas had been trying to tell them – his left lung had collapsed.

Doctors observed him around the clock, unsure what caused the collapse. The possibility of infectious disease meant Nicole wasn’t able to hug or physically comfort her son.

Nicole holding Nicholas in the PICU

The PICU moved Nicholas to an isolated room to reduce the threat posed by possible infections. The doctors, nurses and Nicole all wore paper gowns and masks whenever they stepped inside.

With protective garments in place, Nicole was allowed to hold Nicholas again – but only while doctors worked to remove the mucus accumulating in his lungs. Nicholas tried to scream, but couldn’t due to his weak breath. Tears streamed down his face as Nicole held him.

“It was awful. I didn’t want him to hurt, but I knew that I needed to keep him still for the doctors to help him,” recalls Nicole.

Tests soon revealed that Nicholas was not infectious and had responded well to the breathing treatments and the suction from his lungs. The doctors were surprised by how quickly Nicholas’ condition improved and finally arrived at his true diagnosis – asthma, a chronic condition that would have to be managed for the rest of his life.

That was eight years ago. Today Nicole, an engineer at Exelon, is preparing to climb her fifth Hustle Chicago and training five times a week. Her son’s asthma and mother’s COPD are at the forefront of her mind. 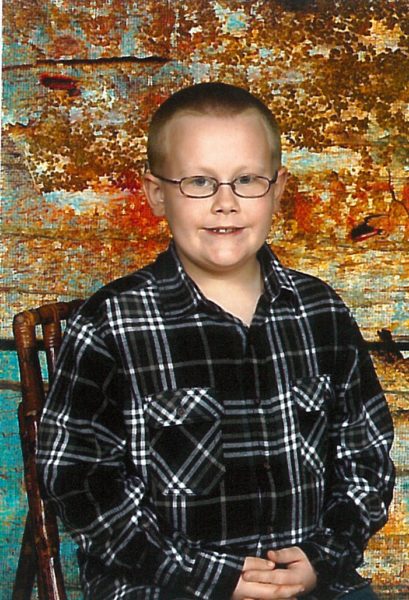 Nick in a recent school photo

“Nicholas’ asthma has definitely changed my perspective. I grew up with my parents smoking and I thought it was fine.  I also didn’t know that there are different inhalers– maintenance, preventative and rescue.” Nicholas now takes his maintenance inhaler twice a day. His rescue inhaler is there for him when he needs it.

Nicole hopes to have her son waiting for her at the top of the Hancock.

“I think about the people I’m doing it for, knowing that they can’t physically do what I’m doing. That helps push me more.”

Join us and support those affected by asthma and COPD. Donate to Nicole’s climb here.