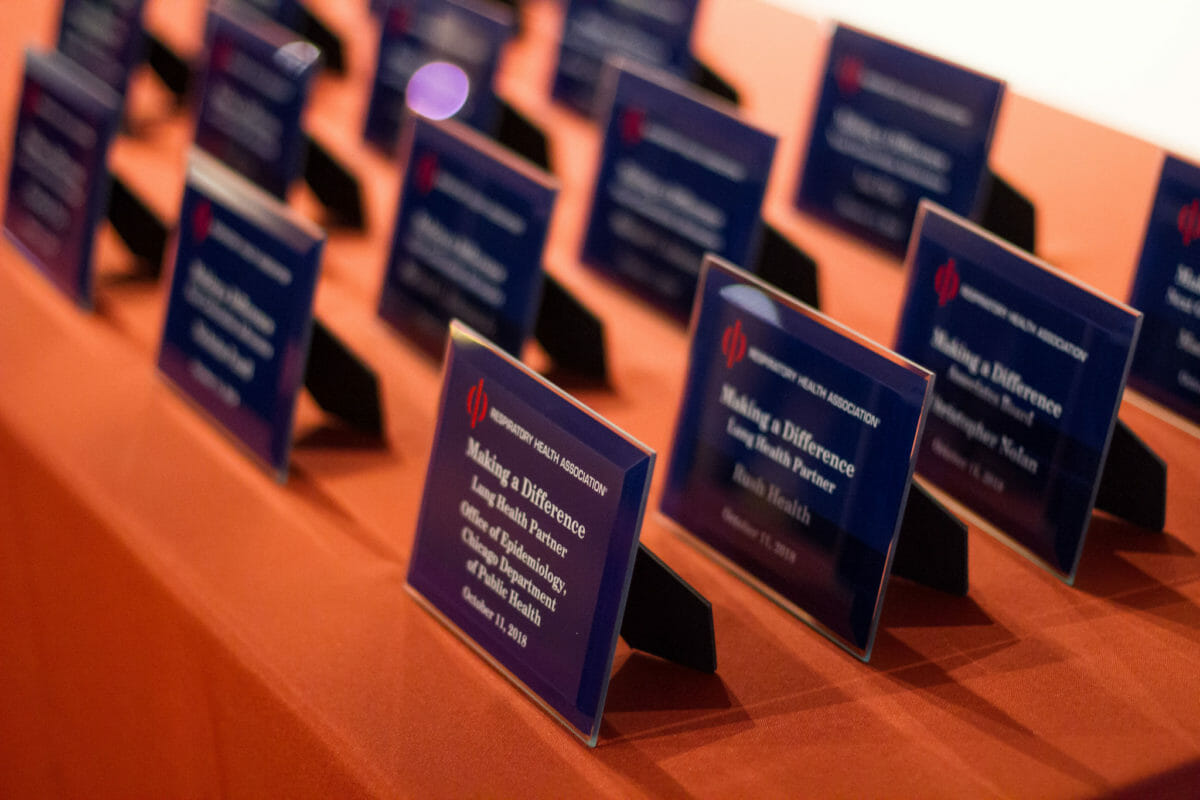 Respiratory Health Association (RHA) believes in a future free of lung disease. A world without lung cancer, asthma or COPD. A world with clean air, where everyone breathes easier. RHA can’t build that future without devoted advocates, supporters and partners.

On Thursday, October 11, RHA recognized some of the outstanding volunteers and supporters that share the vision of healthy lungs and clean air for all and help bring it to life.

New this year was the Making A Difference Award for RHA’s Next Gen Advocates. Ranging in ages 7-19, this dedicated group of young people:
• pushed for funding increases in lung disease research
• helped convince lawmakers to adopt laws that better equip schools to handle asthma emergencies
• advocated for Tobacco 21 policies at the local and state level so their generation will not become prey to Big Tobacco 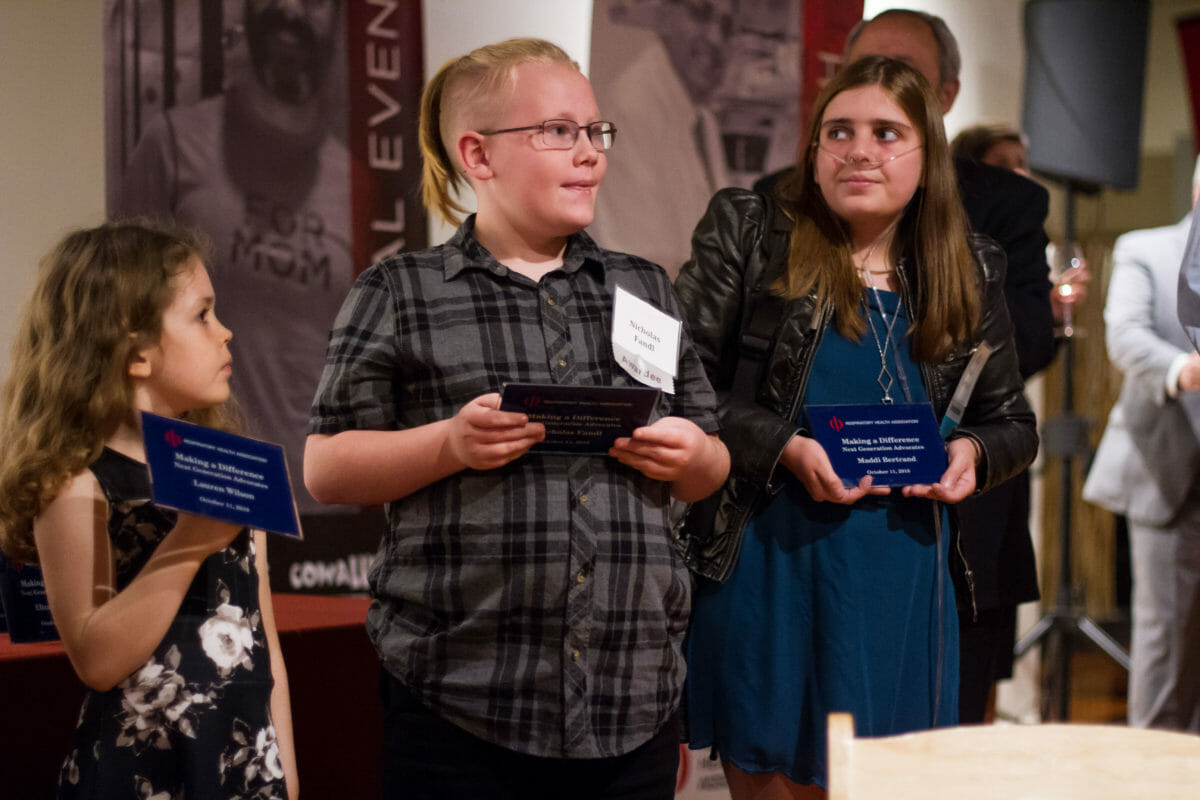 Young advocates, ranging in ages 7-19, were acknowledged for their commitment to improving community lung health.

It’s wonderful to have new advocates and supporters joining the RHA cause. RHA will flourish if even one of them becomes as dedicated of a supporter as this year’s winner of the Herbert C. DeYoung Medal.

The Herbert C. DeYoung Medal-an award established to honor the late Mr. DeYoung for his 50 years of service—is RHA’s highest honor for volunteer service. This year it was awarded to an exceptional volunteer that demonstrated more than a 20-year commitment to Respiratory Health Association: Cindy Gronkiewicz. 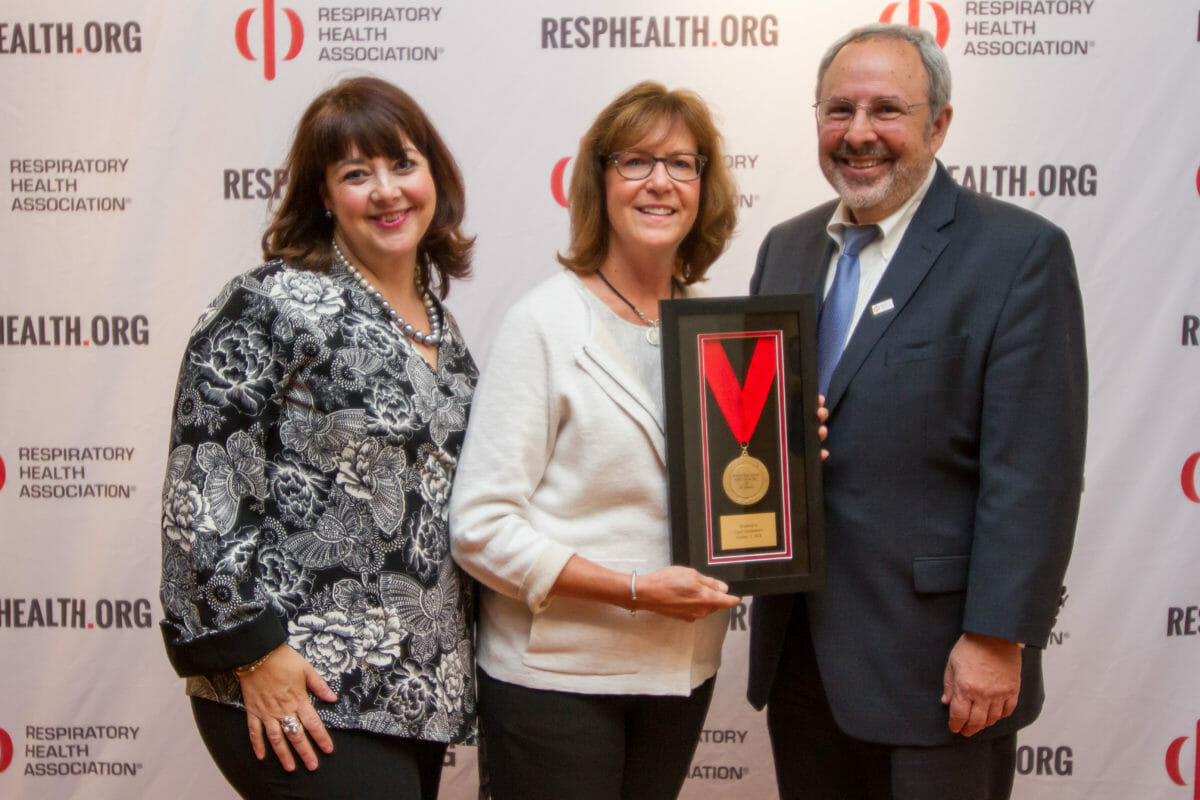 Over the years, Cindy has been instrumental in RHA’s asthma, COPD activities, and tobacco control programs, serving on planning committees, providing RHA staff with technical assistance and always recruiting nurses to participate. She serves on the RHA Board of Directors and served as a past Board chair.

Cindy and her husband, Mark, have been generous supporters of RHA’s annual Chill event at the Merchandise Mart, the CowaLUNGa Bike Tour, Hike for Lung Health, multiple RHA fundraisers and RHA’s One Home capital campaign for a much-needed rehabilitation of the Association’s West Loop office. Congratulations to Cindy and thank you for all you do.

Other outstanding partners, volunteers and event participants recognized for their contributions to RHA’s success included:

Respiratory Health Association relies on the support and contributions of dedicated individuals and organizations to prevent lung disease, promote clean air and help people live better lives. To get involved with RHA, email [email protected] or check out one of our upcoming events.