All the text said was “Call us.” 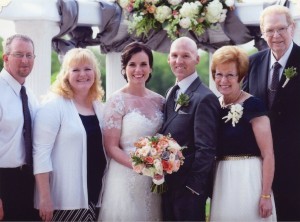 Dr. Cory Sellers knew right away that something was wrong. He had always been close with his parents, and their interactions were normally warm and conversational. But nothing about the past few months had been normal.

It had started with a cough in October of 2016. A primary care physician believed Dr. Sellers’ mother had allergies. Her diagnosis then progressed to pneumonia — a risk among seniors in the winter months. Now his mother was on oxygen, on her birthday, awaiting a pulmonologist’s assessment.

When Cory called his parents back, his shock swallowed his hope for happy news. It was the worst possible diagnosis – stage 4 lung cancer with pleural effusion. The family was devastated.

At 77 years-old, Shirley Sellers had never smoked. Still an avid runner, she was in good shape. In fact, nothing about her life added up to a lung cancer diagnosis.

“I watched this really strong woman — she was the oldest in her family, had younger brothers, grew up on a dairy farm — this was the woman who raised me. To see her collapse under the weight of the diagnosis… you go through the “why her?” 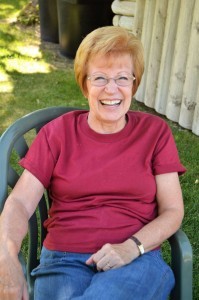 Growing up, both Cory and his mom scuffed their shoes on a baseball diamond. “When I was a Little League pitcher I was so nervous,” Cory chuckles. “She’d come out and practice with me before the game. She had this old Babe Ruth 1920s glove. It was like her pet glove. It had been so beat up that it didn’t have any padding in the palm,” he laughs.

That glove was a relic from Shirley’s childhood, when she took the hard work and pluck that she’d learned on her family’s dairy farm and applied it to a bevy of skills – including developing her pitching arm at a time when participation in sports was exceptional for a young girl.

When the pulmonologist gave her a terminal diagnosis, Shirley and her family became determined to find a way to save her. His sister Kimberlee took care of the day-to-day visits to their mother. Cory — working out of his practice several time zones away in Springboro, Ohio — provided a clear head as their family launched into a search for an alternative solution.

“I felt as though I had to help with the attitude department,” Cory says. “Let’s wait until we get more information, let’s wait until we find out.” He treats patients with significant injuries and who have gone through cancer and knows the value of perspective.

After consultation with an oncologist, they were suddenly renewed with hope. That doctor told them Shirley qualified for gene therapy, and which she began immediately. Gene therapy has been a promising development in the quest for a lung cancer cure, but as a new advancement, it is accordingly expensive. “Fortunately my parents had the wherewithal to stand for that,” Cory acknowledges.

During this process, Cory flew out to Salt Lake several times. The last of these visits was the final time that Cory saw his mother. Just 10 days after beginning gene therapy, the malignant cells invaded the wall around Shirley’s heart. She died of a heart attack.

“My mom had a running partner and they would run about 3 miles every day. Where my parents lived, they would go hiking and skiing in the mountains as well. As she got older, some of those things declined, but the running continued.”

Cory has undertaken his mother’s legacy: one of an adventurous woman who worked hard to set and meet goals for herself. “If you look at the long mile, you’ll be intimidated. But if you break it up, then you’ll reach the end point.”

On his first Mother’s Day without Shirley, Cory was distracting himself by perusing race information for the Bank of America Chicago Marathon. Fittingly, he found the Lung Power Team. “RHA benefits the Chicagoland area, but I’d like to think that on the greater whole, it benefits everybody. My mom was a runner. This was an easy find to think of Mom.”