Skokie, IL – This week the village of Skokie passed an ordinance banning the sale of certain flavored vaping products within village limits. The ordinance is part of a local effort to curb tobacco use by teens, as recent surveys have shown that over 80 percent of e-cigarette users between ages 12 to 17 report flavoring as a primary reason for using a tobacco product.

Notably, the new law does not restrict the sale of menthol flavorings.

In response to the ordinance, Respiratory Health Association issued the following statement:

“Respiratory Health Association applauds the village of Skokie for taking steps to limit access to some flavored vaping products that disproportionately drive teen tobacco use today. Nicotine is an addictive, dangerous drug that harms brain development and poses other significant health risks. We only wish the ordinance had followed the science and banned menthol flavoring— one of the preferred flavors among the teens Skokie is trying to protect. In fact, research suggests that banning some flavors while still allowing menthol flavoring will simply lead to young people switching to menthol products.

The vaping industry’s illegal marketing to children has been well documented, and one of the industry’s largest players, JUUL, has been sued by the FDA for making illegal claims about the safety of their products. Additionally, no level of chemical aerosol inhalation is good for the lungs, and other long-term health impacts of these products are completely unknown.

The soothing sensation of menthol-flavored tobacco makes it easier to inhale and potentially harder to quit.  Because menthol products feel less harsh, they have greater appeal to new smokers and young people.[i]

We hope the village of Skokie will continue to develop additional measures that deter youth nicotine use, improve health equity, and protect vulnerable communities.”

RHA has worked for decades to reduce pollution from industrial sources like power plants and the millions of vehicles operating in Illinois.  This spring, your advocacy visits, emails and phone calls led to substantial victories for clean air. We also gained ground on important policies we’ll continue to advance next session.

The ambitious Clean Energy Jobs bill continues to gain momentum with 49 co-sponsors in the House and 27 in the Senate by the end of May – with many joining as co-sponsors after RHA’s Lung Health Education Day in March.

The bill would ensure all electricity comes from non-carbon sources by 2030 (no fossil fuels) and all electricity comes from clean renewable sources by 2050; that the benefits of clean energy development from this transition are distributed equitably; and that efforts to electrify transportation remove the emissions equivalent of a million cars from the air people breathe.

RHA will continue to build on this momentum until the General Assembly comes back to Springfield in October.

Legislation passed this session will remove a law passed 20 years ago that prohibited Illinois from enacting any policies to reduce greenhouse gases and tackle the climate crisis. The vote reflects that the state legislature increasingly sees an unstable climate as a health threat, especially for vulnerable people and those living with chronic medical conditions.

The new state budget and capital plan passed this spring included several provisions to reduce emissions from electricity generation and transportation. Some harmful ideas were prevented as well.

Early versions of the capital plan included a $1000/year registration fee for any electric vehicles (EVs), which would have been a serious blow to the small but quickly growing market in Illinois just as more affordable EVs are beginning to show up at dealerships. In the end, zero-emission EV registration fees were raised to the same level as fossil fuel-powered vehicles and an extra $100/year fee was assessed since EV don’t contribute to state gasoline taxes. While this eliminated discounted registration fees for EVs, one of the very few incentives Illinois had to encourage people to by zero-emission vehicles, it also means EV fees are only a quarter of what was initially proposed.  Electric vehicles will still save drivers hundreds of dollars a year on gasoline not bought, and help reduce smog and greenhouse gas pollution!

Other victories this year in the state budget:

Together we’ve made great strides toward cleaner air, healthier lungs and a more sustainable future.

If you’d like to get move involved in Respiratory Health Association’s advocacy work, become an Advocacy Champion today.

WHY:               In communities across Illinois, the passage of local Tobacco 21 laws has led to significant declines in cigarette use by youth. In Chicago, where the Tobacco 21 law was accompanied by other City efforts to tighten laws restricting youth access to tobacco, the effect appears to be even more dramatic.

The health consequence of this development is significant because 95 percent of smokers start before the age of 21, making early intervention a key strategy in building a tobacco-free generation.  Each year tobacco use costs Illinois $5.49 billion in health care costs and $5.27 billion in lost productivity, according to research from the Campaign for Tobacco-free Kids.

Respiratory Health Association serves as Healthy Chicago’s community co-leader for tobacco control and offers evidence-based tobacco control strategies and smoking cessation programs. Respiratory Health Association played a leading role in the passage of Smoke-Free Illinois and has been a strong advocate for statewide adoption of Tobacco 21 in Illinois.

Respiratory Health Association has been a local public health leader in Metropolitan Chicago since 1906. A policy leader, our organization remains committed to advancing innovative and meaningful tobacco control policies.  We have been one of the state’s leading advocates for Tobacco 21 and Other Tobacco Product policies.  For more information, visit www.resphealth.org.

Under current Illinois law, there’s nothing that prevents coverage changes during the course of the policy year when participants are locked into their plans. These midyear changes in coverage often cause “non-medical switching” – the practice in which stable patients are forced off their original medications, regardless of clinician recommendations and health consequences.

RHA joined with partners to support legislation that prevents insurers from changing co-pays or coverage of medicines during a plan year. The legislation, HB 4146, passed the Illinois House Insurance: Health and Life committee and awaits a hearing of the full House of Representatives. 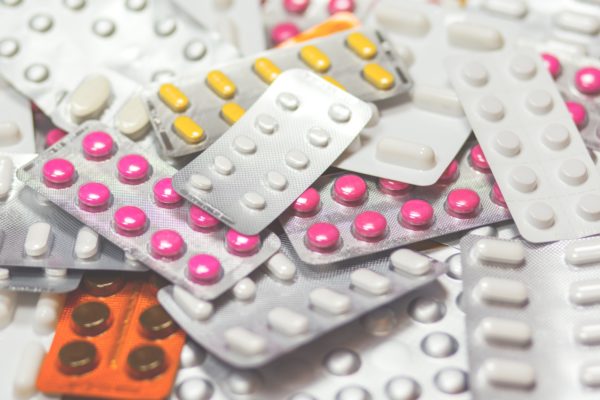 The issue of non-medical switching was brought to our attention by our friends at University of Illinois at Chicago pharmacy.  Many patients with chronic health issues, including respiratory diseases, are being forced off their current medications or prices shift for their medication. When these changes occur, other drugs may not control their symptoms adequately.

“Medical care is not one-size-fits-all,” said Matt Maloney, Director of Health Policy at Respiratory Health Association. “Making coverage decisions based solely on cost and forcing patients to change can cause unnecessary anxiety, all while ignoring the complexities that inform a patient’s individual care plan.”

We believe that when families in Illinois carefully shop for a health plan that covers the benefits they need, they should be guaranteed the coverage they signed up for the duration of the policy year.

It is especially important that patients who rely on medications to keep their health stable can purchase insurance coverage without fear that their benefits will be changed or be eliminated during the policy year.

HB 4146 is sponsored by State Representative Laura Fine and has bipartisan support with more than 50 other co-sponsors.