Esperanza has lived through the unthinkable. Six years ago her son, John, died of pulmonary hypertension. 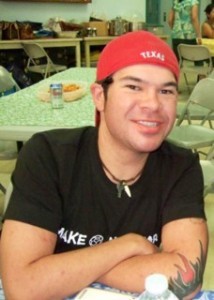 This is how John described himself on Facebook: “I’m a pretty simple person to satisfy. Just surround me with good friends and good people, and what more could I want?”

John rarely complained after his diagnosis. As his condition progressed, John would casually mention that he needed to raise his feet, but nothing more. He even helped his friend move. Though able-bodied friends did not show up, John did. He tried to carry small items up the stars, and when he got too tired, he rested on their sofa. As he gained some strength back, he joked about the lightness of the furniture they carried. They said he made the move easier because he made them laugh.

Only once did he say this, “life sucks, I don’t want to have this disease.”

Esperanza told him, “If I could take this disease away from you, I’d take it in a heartbeat.”

Guitar and music were a way for John to relax. It was also a way for mother and son to connect. Esperanza had bought John his first guitar and taught him the basics. But he soon surpassed her skill to the point where she was asking him for advice. John also started singing and recording songs. Later, Esperanza downloaded his YouTube recordings.

John made an effort to travel the country even though he was sick. He elected an experimental treatment, both to be part of the search for a cure and also for freedom of movement. This allowed him to travel to concerts in every state, including Bonnaroo. An admirer of Incubus, Ray LaMontage and Ben Harper, John liked every genre and made friends with fellow music lovers all over the country. 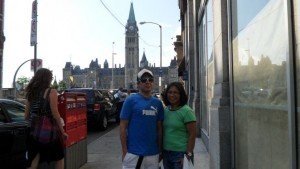 As months passed into years, breathing and doing the activities he enjoyed became more difficult for John. Now attached to the intravenous medication he’d tried hard to avoid, traveling to concerts became a dangerous risk and he had to stop.

Around the same time, another blow hit the family. Esperanza was diagnosed with breast cancer. Now she was fighting for both of their lives.

One day while she was still on chemo, they both felt particularly ill. However, John was always looking to try new things and wanted a certain drink. Esperanza went to many stores looking for the brand even as the bottoms of her feet started hurting, a side effect of chemo. Esperanza finally returned home with the beverage in hand. To this day, she regrets remarking to him, “I hope you know, I had to go all over to get this.”

Even as John’s mobility became limited, Esperanza knew that he could still find joy in his music. In August 2011, he saw a guitar gleaming in the storefront window with a price tag of $2,500. Esperanza agreed that he could have it for his approaching birthday. “Okay,” John had smiled, “but can I have it now?”

“I was glad that I bought it that day,” Esperanza remembers. “He was able to play it twice.” 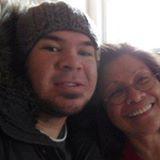 By Thanksgiving Day of 2011, John’s condition had deteriorated. He asked if he could stay out of the ICU until after Thanksgiving, but this was no longer possible. For John it wasn’t imaginable to be apart from his friends and family on the holidays. Those who knew him understood that he could fill a stadium with his talent. As it was, he filled a whole room in the ICU with those who cared about him.

John struggled to talk, and as the night wore on, even to breathe. He leaned forward to a friend to share an inside joke. Memories closed the gap of what he no longer had the energy to express. It was his old fallback: even as he struggled, John understood that they could still laugh. There wasn’t enough strength left to do much else. Still, he didn’t complain.

In the weeks that followed, Esperanza had a difficult time leaving the house. Eventually she joined a number of support groups. In 2012 she found a program called 9 to 5 – a 9-week prep program for a 5K race. Esperanza didn’t socialize much at first. But eventually she began to open up about her reason for running – John.

“Talking about him was a way that I was able to go on. He loved life. I should continue to do things and enjoy whatever life has to give me. That’s how he would want me to live and that’s how he would live. There’s so many things we wanted to do when he got better. He wanted to travel more. He wanted to go to Europe. And hike. I’m doing this for him now. I carry him with me. He’s my strength to keep me going. To do the things that life is giving me.”

John’s friends and Esperanza meet every year on his birthday, which is near Esperanza’s birthday as well. Now they call it “everybody’s birthday” and use the day to celebrate life the way that John did.

“His friends have become my family now. When there’s a wedding… three weddings now,” Esperanza gives a quiet laugh as she considers this. “One of them has a child. His friends invite me. Any kind of event that’s going on, they invite me. They don’t feel sorry for me. They accept me. I’ve become John for them.”

“Just love life. Whatever life puts in front of you. Sickness, whatever it is. Just continue living like today is your last day. Sometimes it’s easier said than done,” Esperanza admits.

As time passed, Esperanza progressed from 5Ks to marathons. John’s YouTube recordings have found permanence on her iPod. On marathon day, her son will sing: not to the crowd, but as part of a conversation, mother-to-son, encouraging her through her earbuds to embrace each step of the 26.2 miles.